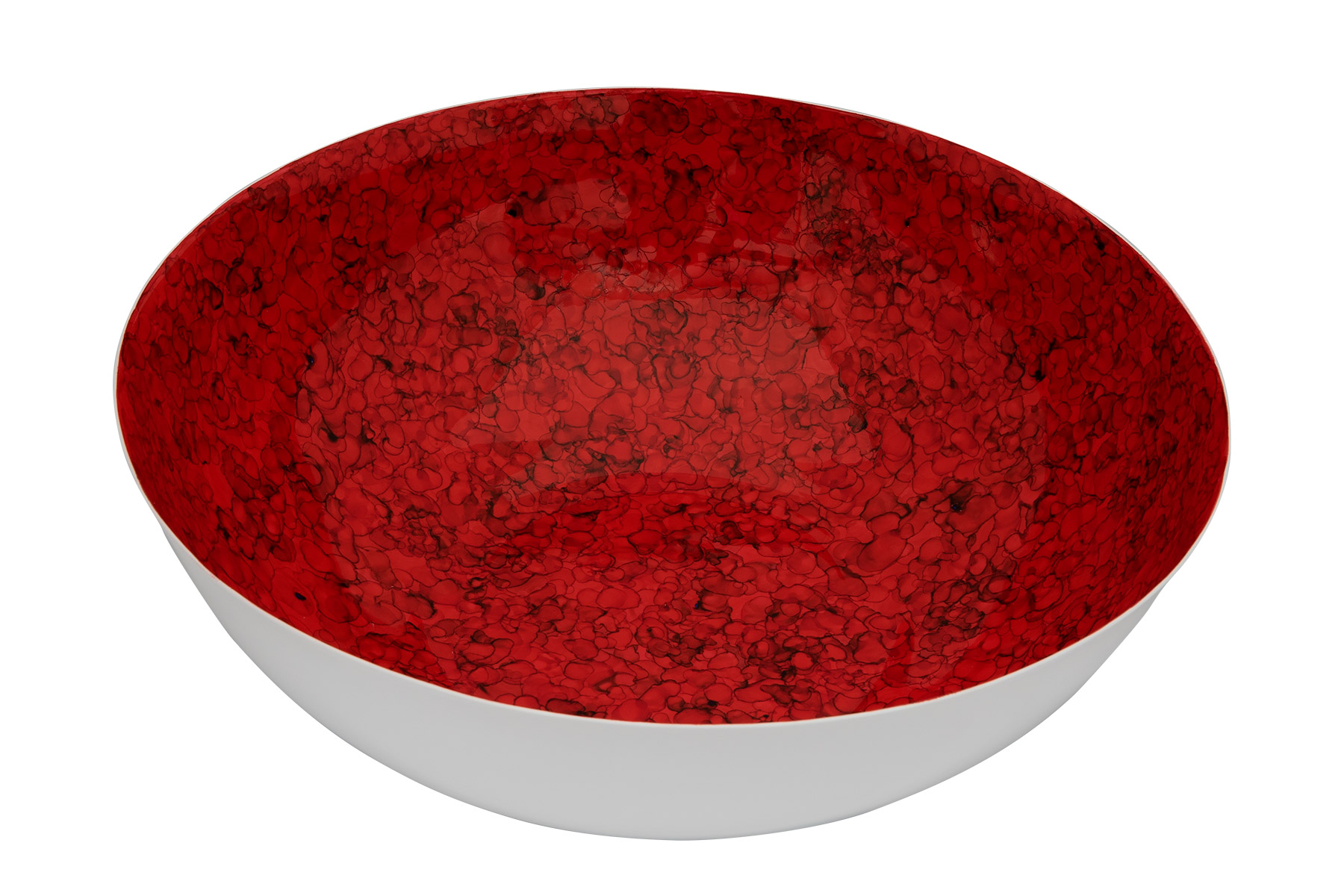 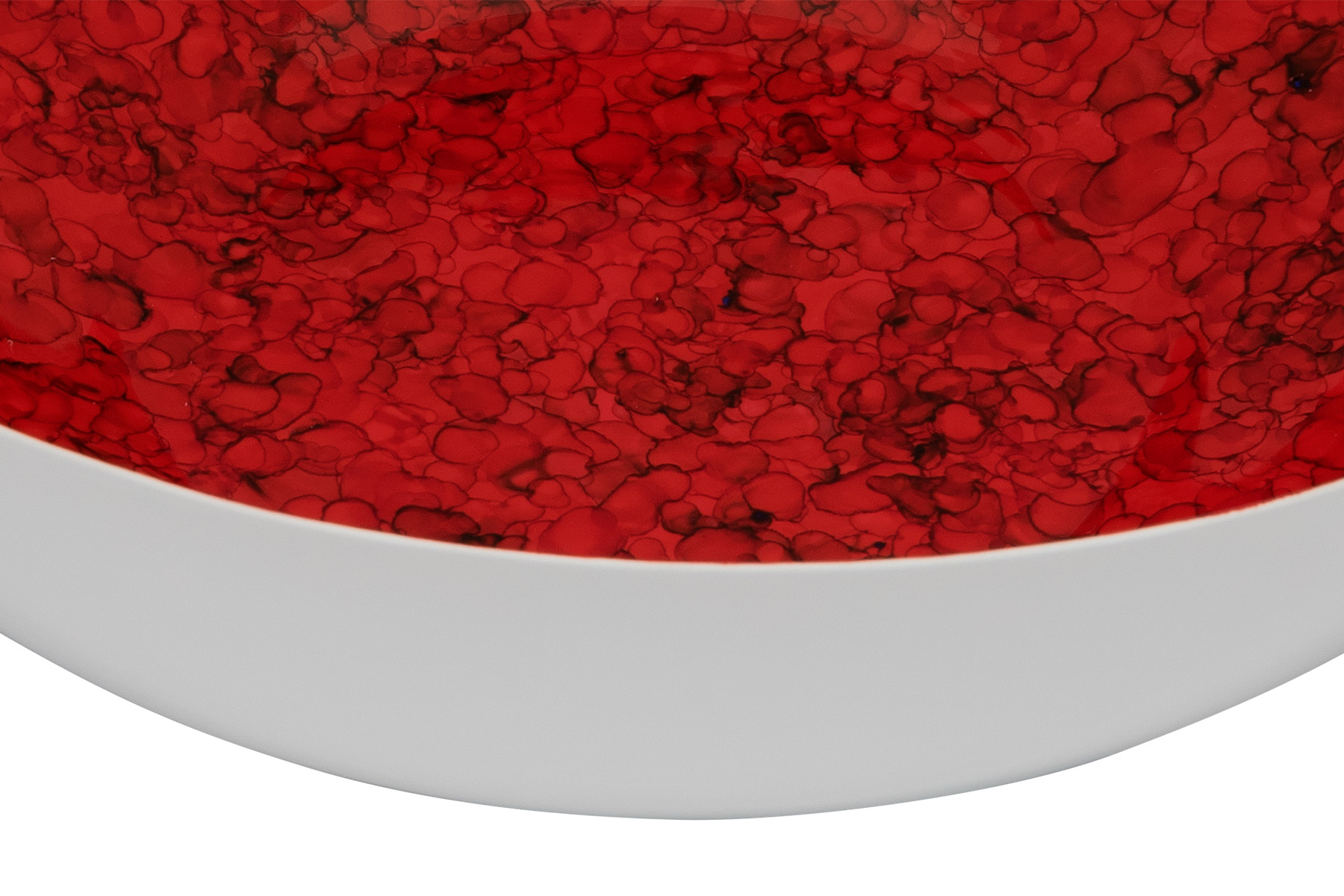 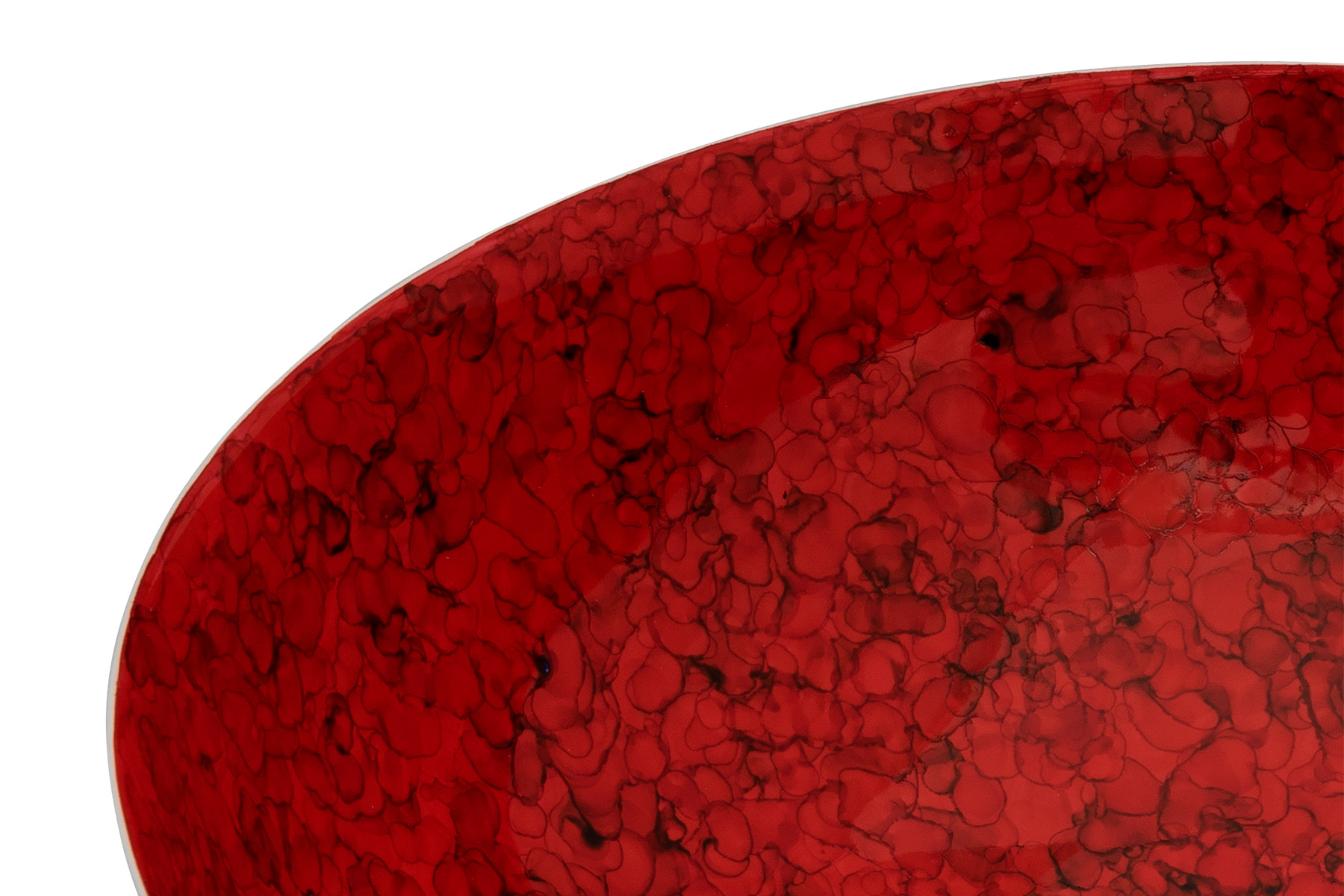 Production flaws are marked with felt markers at Jingdezhen small porcelain factories, in China. Dragon Marker porcelain pieces are coloured with a non-firing overglaze painting technique developed with ordinary red felt markers bought in local streets. It results in an unexpected craquelure texture and in a surprising bright red tone, very difficult to produce by firing. With time it produces a colored mutation, from red to yellow, a colour that could only be used in the Chinese emperor porcelain collections. Dragon Marker is part of CHINAWARE collection based on a critical design approach, developed without studio or translator and made with traditional pieces at Jingdezhen – the capital of Chinese porcelain, which reflects the designer’s awareness and reveals a closer look of contemporary China.